Canterbury Linen Services Limited is the largest provider of linen rental services in the South Island.

We have been providing high quality linen services to healthcare organisations and commercial clients since 1982. We are a 100% owned subsidiary company of the Canterbury District Health Board.

Based in Christchurch and processing over 150 tonnes of linen each week, we deliver top quality linen to District Health Board Hospitals and commercial customers throughout the Canterbury and West Coast regions.

OUR MISSION, VISION AND VALUES

At Canterbury Linen Services we know our purpose (Mission), where we are going (Vision) and what are our expected behaviours (Values), so we can deliver the best service to our clients.

Our Mission is to provide high quality and cost-effective linen services to the DHB’s and our commercial customers.

Our Vision is to be recognised as the best linen service provider in New Zealand by continuously improving our business, taking care of our staff, the environment and our community.

Our Values. Integrity in all our actions. Take personal responsibility for outcomes. Care and respect for our staff, customers, environment and the community.

Providing a reliable service and top quality processing of linen is our number one priority. We source quality, cotton-rich linens and perform a superior wash using efficient, modern technology. We carefully monitor the quality of all linen as it moves through the plant, ensuring clean linen every time. 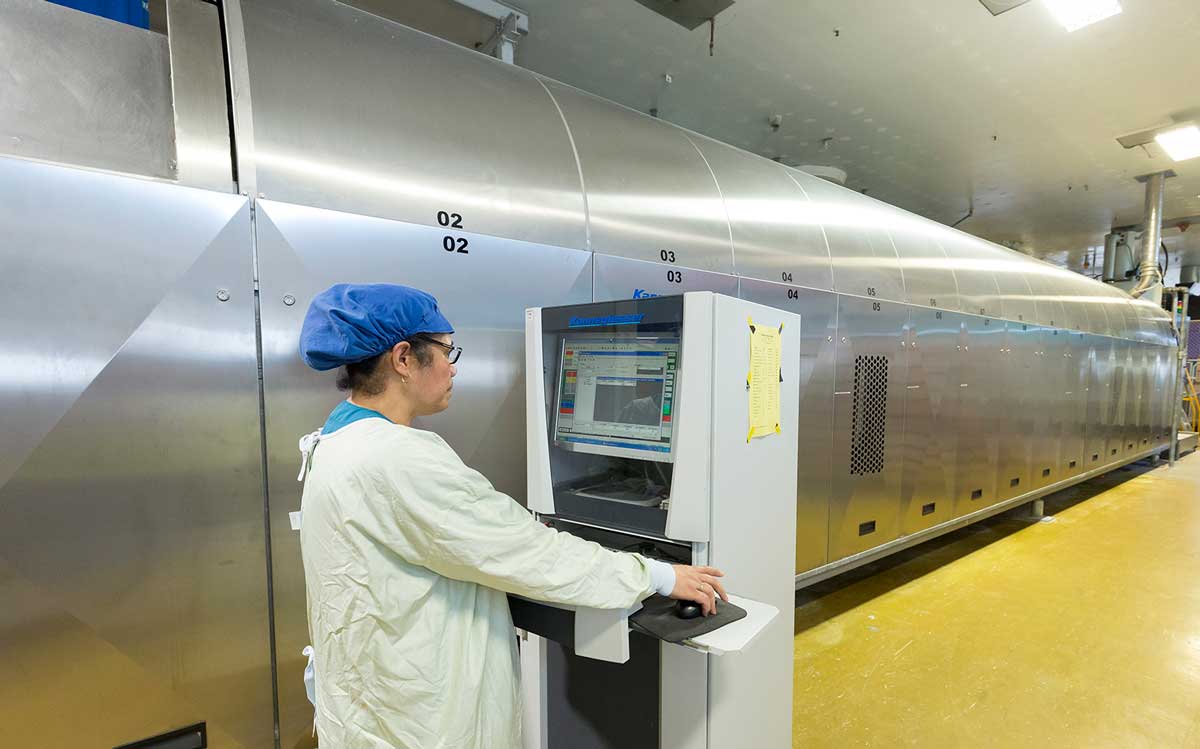 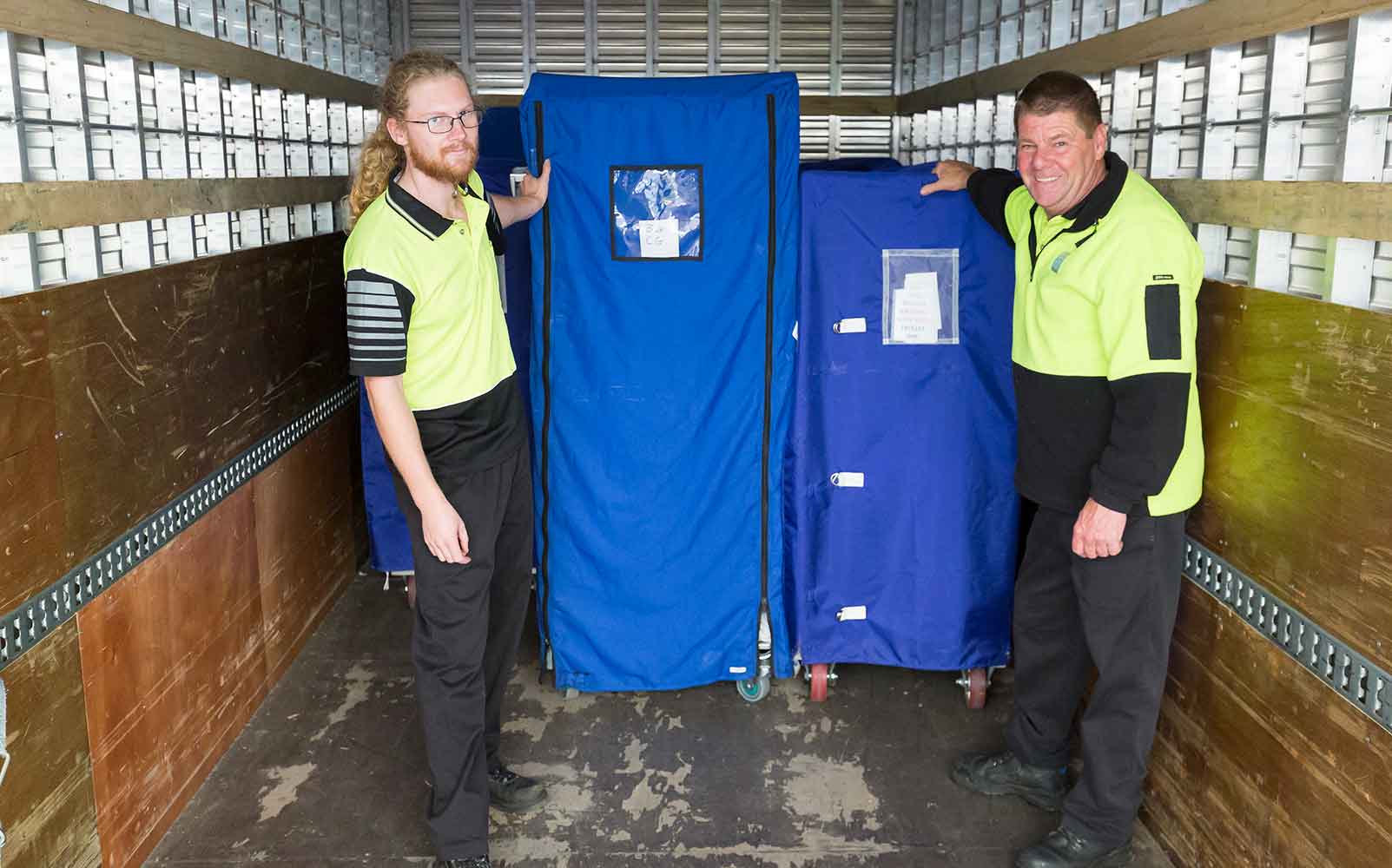 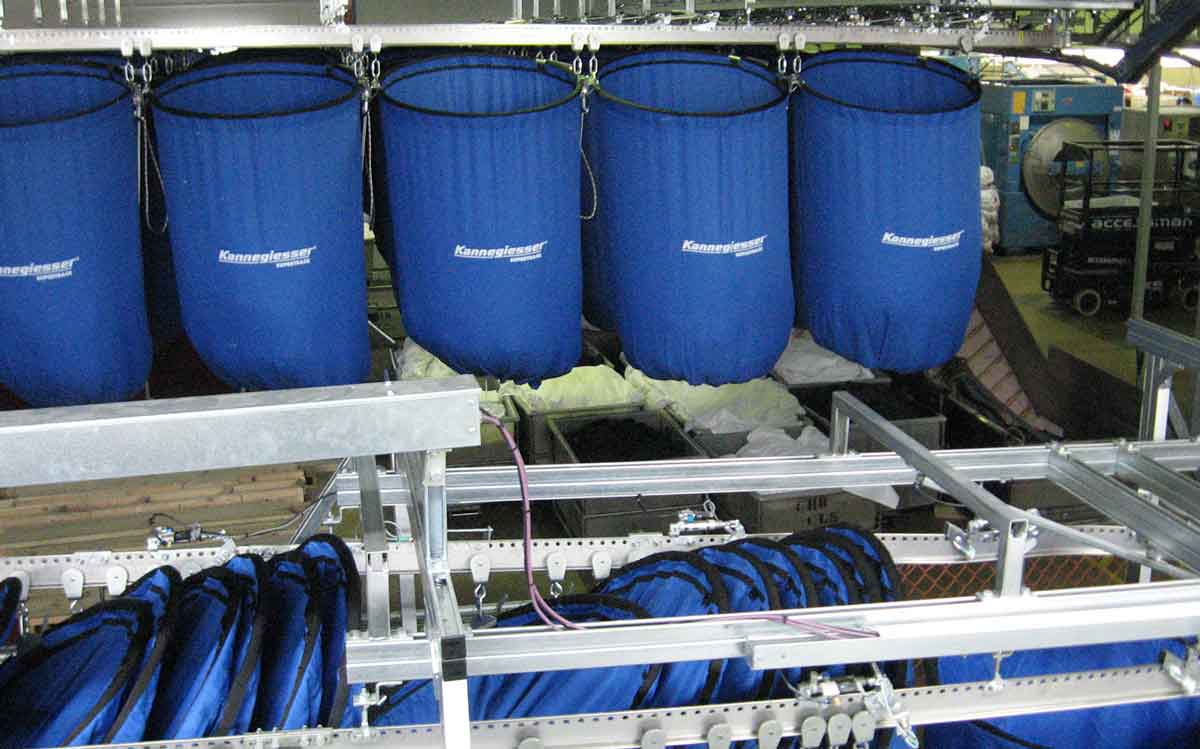 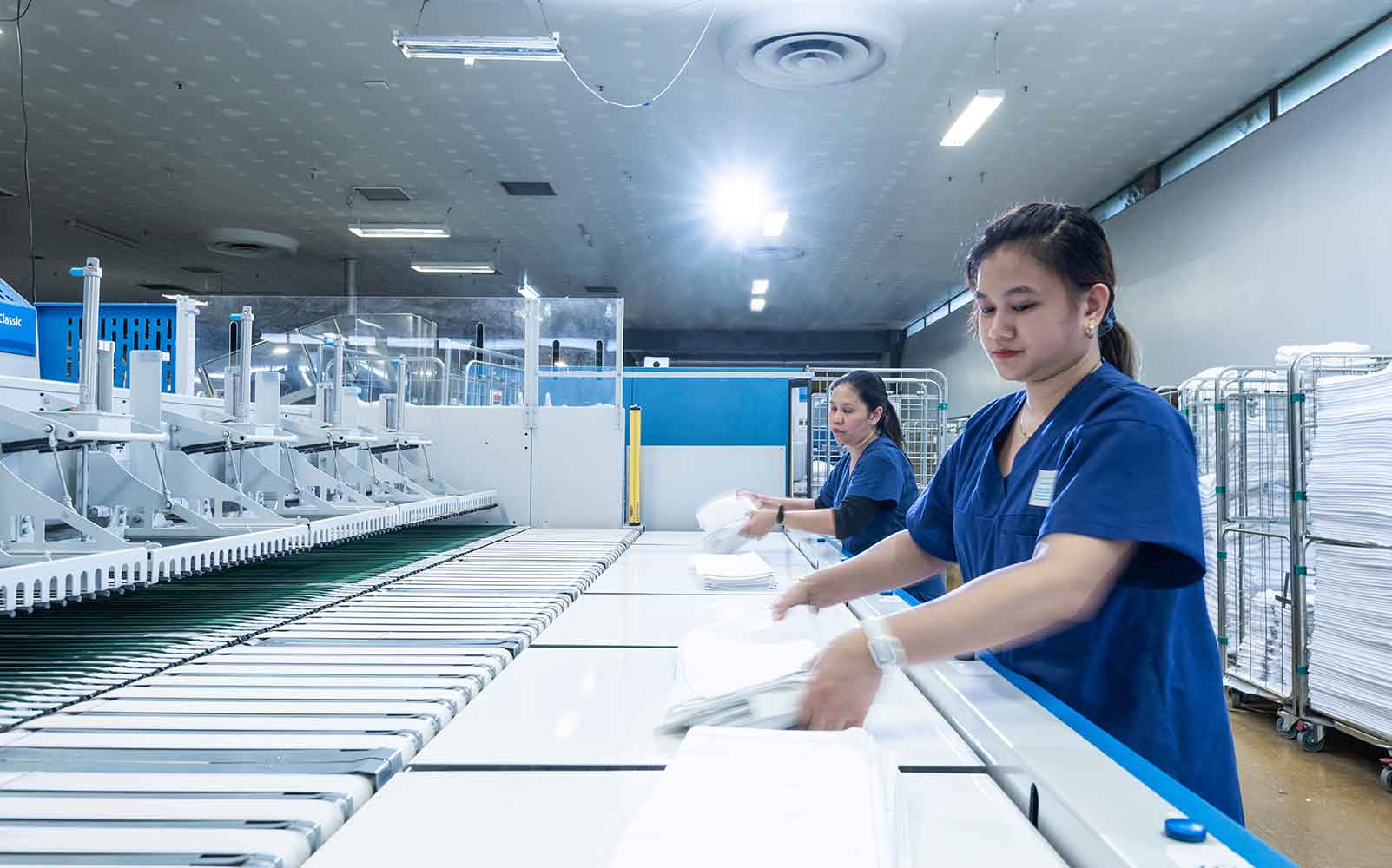 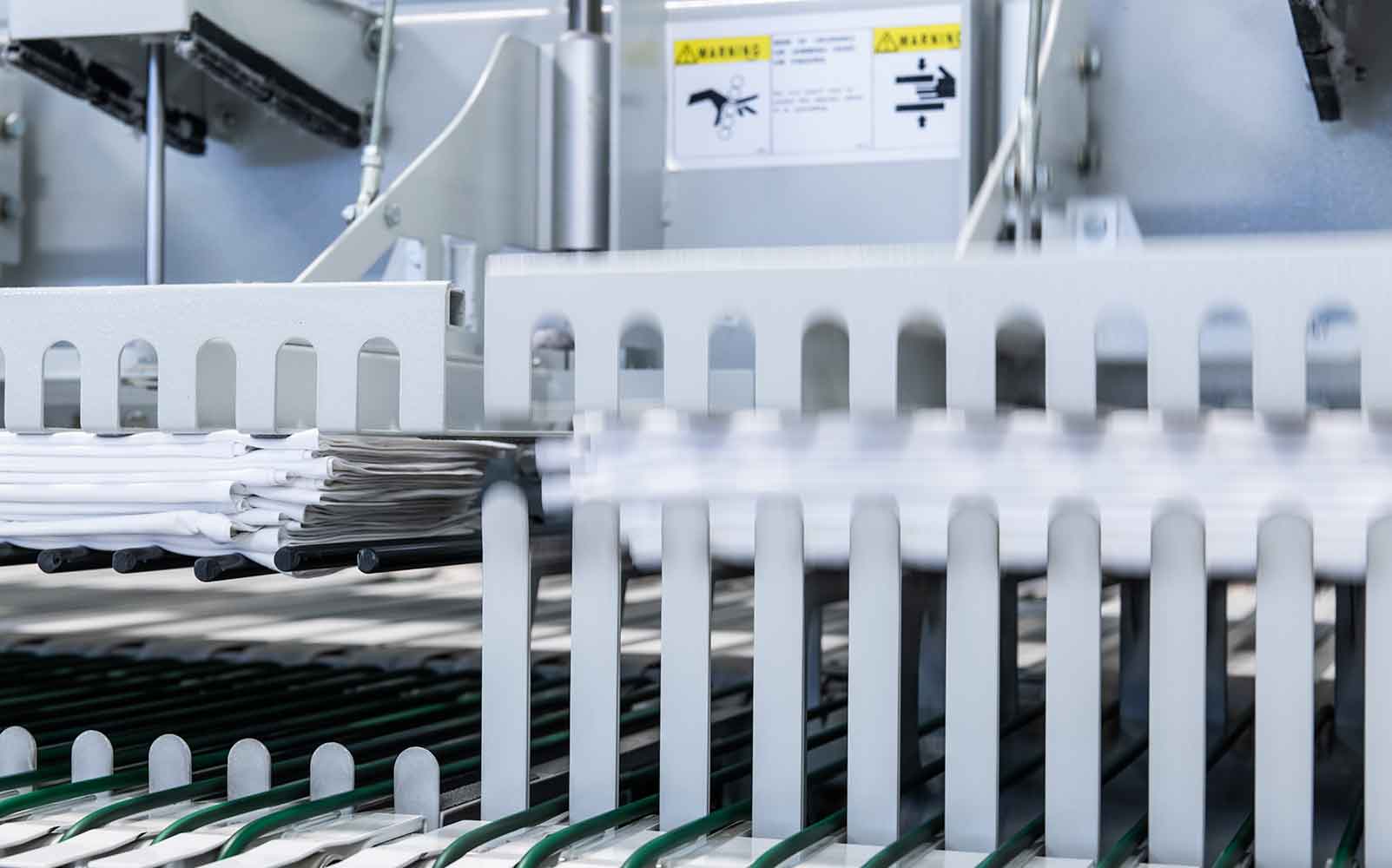 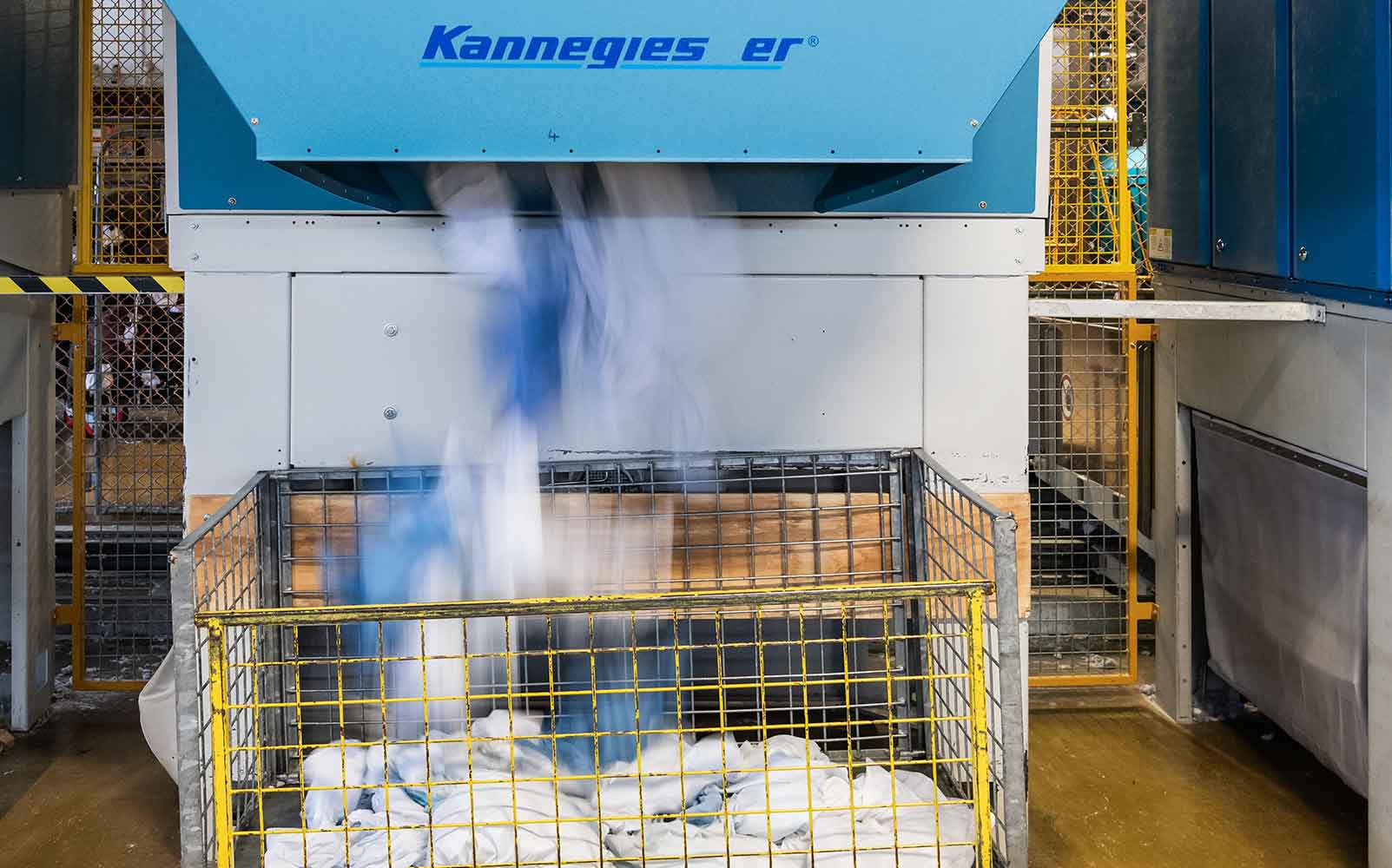 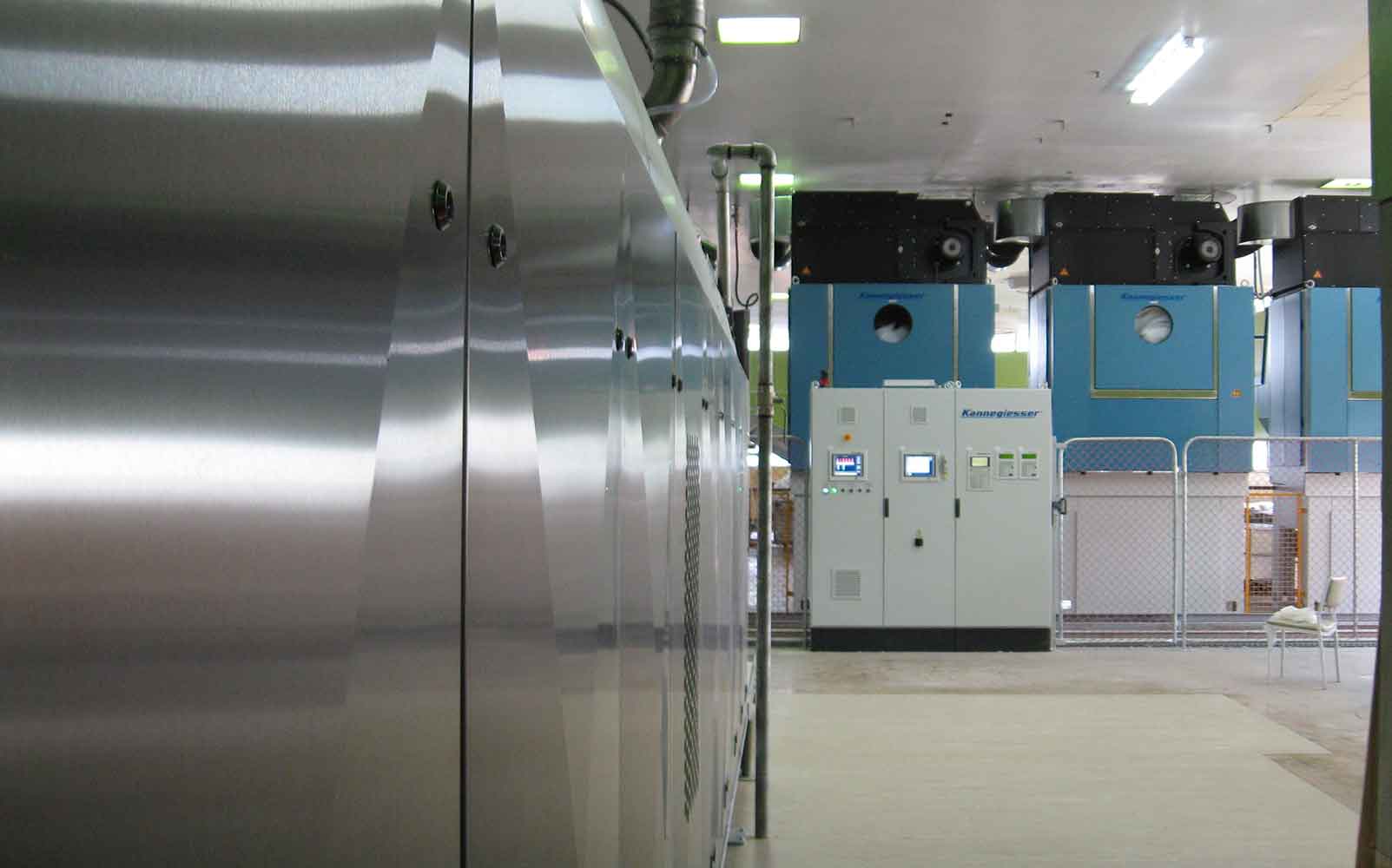 We provide a user-friendly online ordering system, that ensures easy interactions with customers as well as easy ordering process.

We operate with the latest European washing and finishing equipment. This equipment is designed to minimise resource use and to be the safest and most ergonomically friendly for our staff.

Ready to work under pressure

To ensure we are providing a reliable service every time, we have multiple washing and finishing machines to cover breakdowns of an unforeseen nature and we have a standby boiler and a generator capable of running our full site if power outages occur.

We employ 150 staff at our purpose-built Christchurch factory. Our team works in two shifts to provide the best quality linen and supply service 7 days a week, 364 days a year.

We have a dedicated team of experienced staff and we embrace a diverse range of talent to reflect the diversity of the consumer landscape in the markets that we serve.  Attracting, developing and retaining those talents is crucial for the success of our business.

The average term of employment of our staff is 11 years. The stable nature of our workforce means staff members are experienced, trained to a high level and can provide premium quality service to our customers. 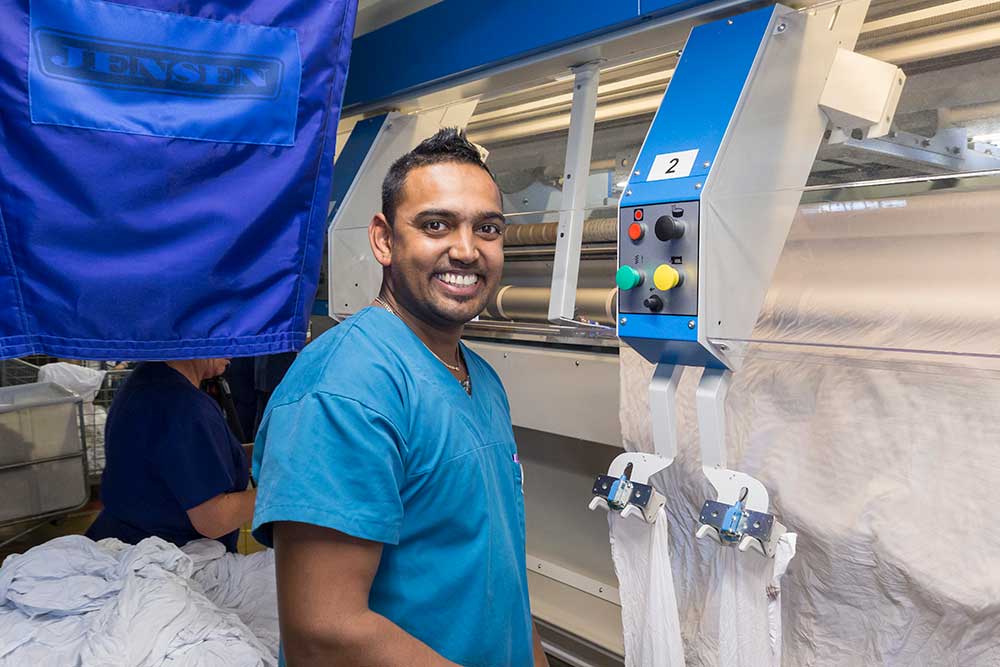 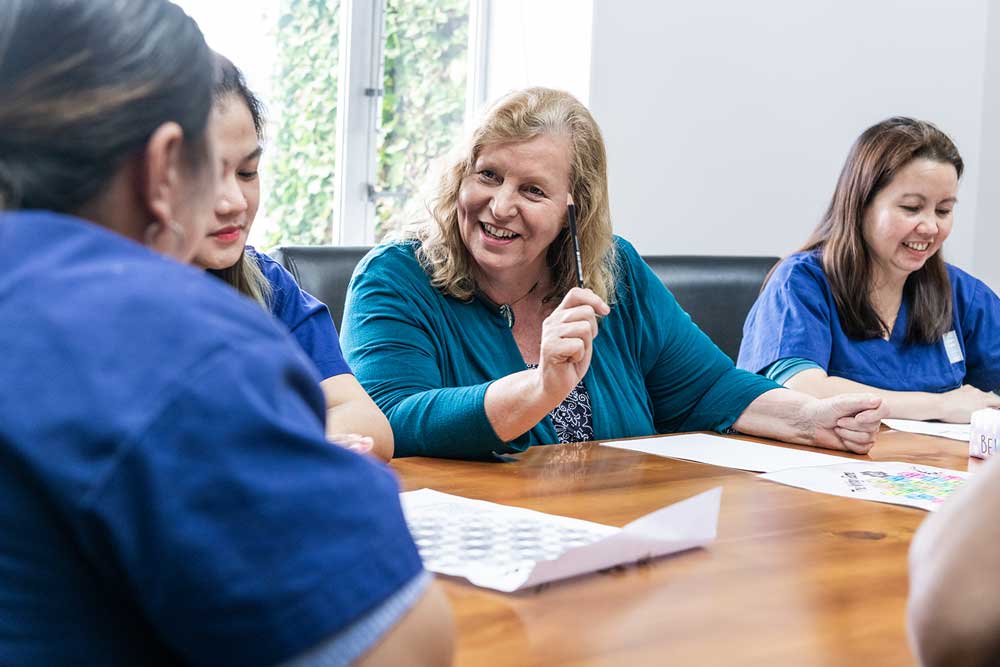 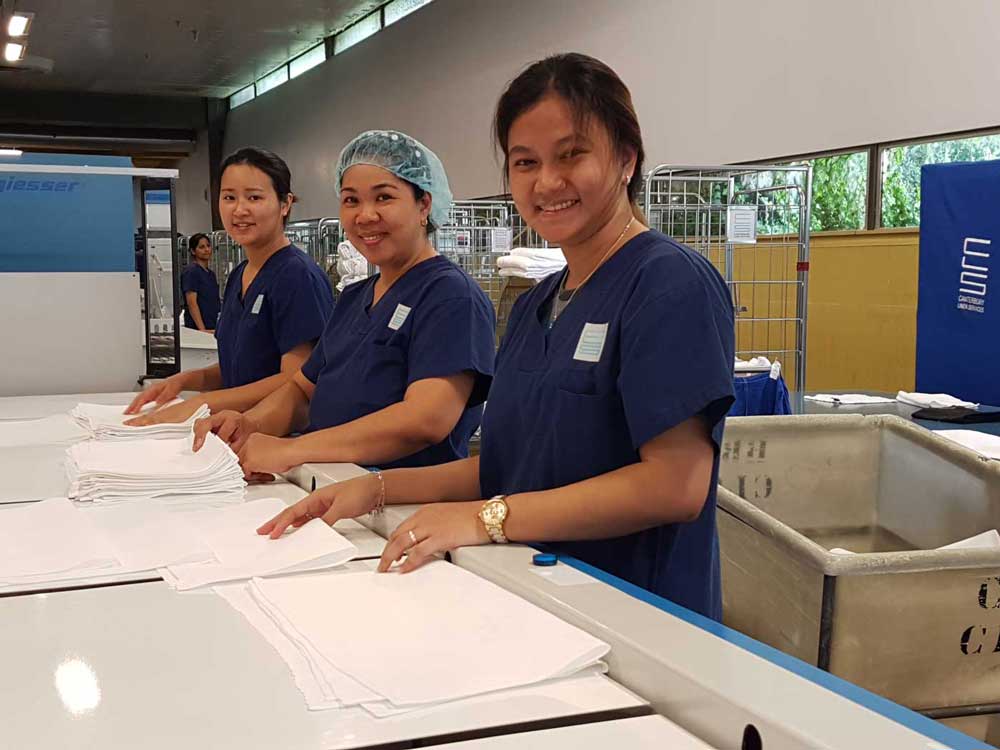 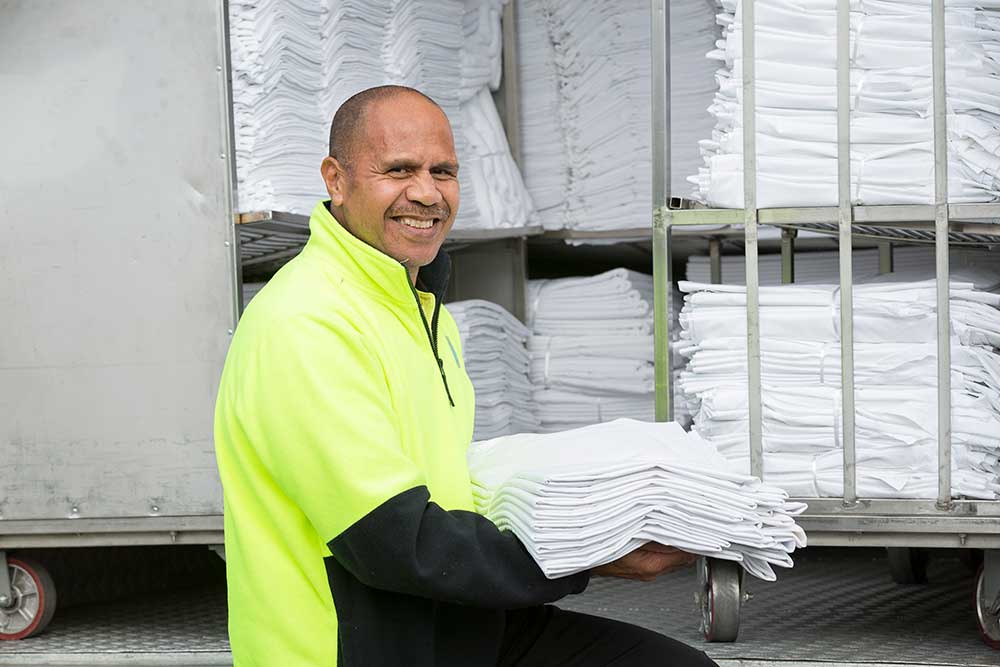 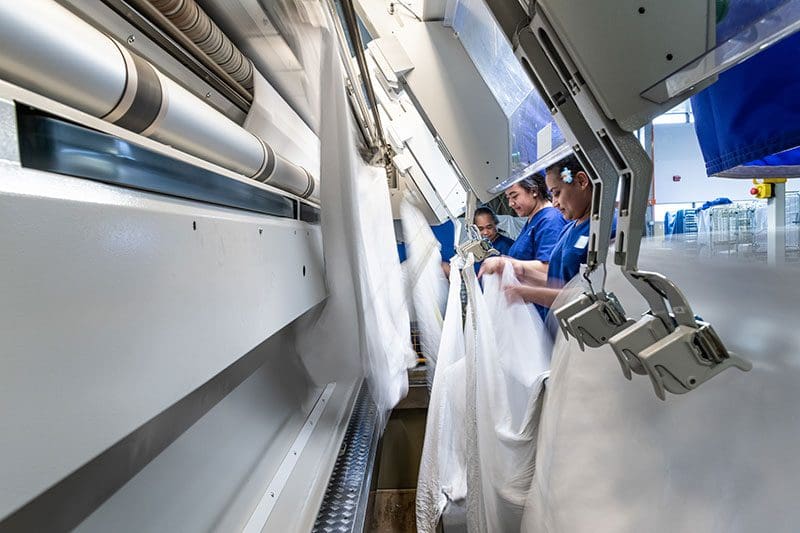 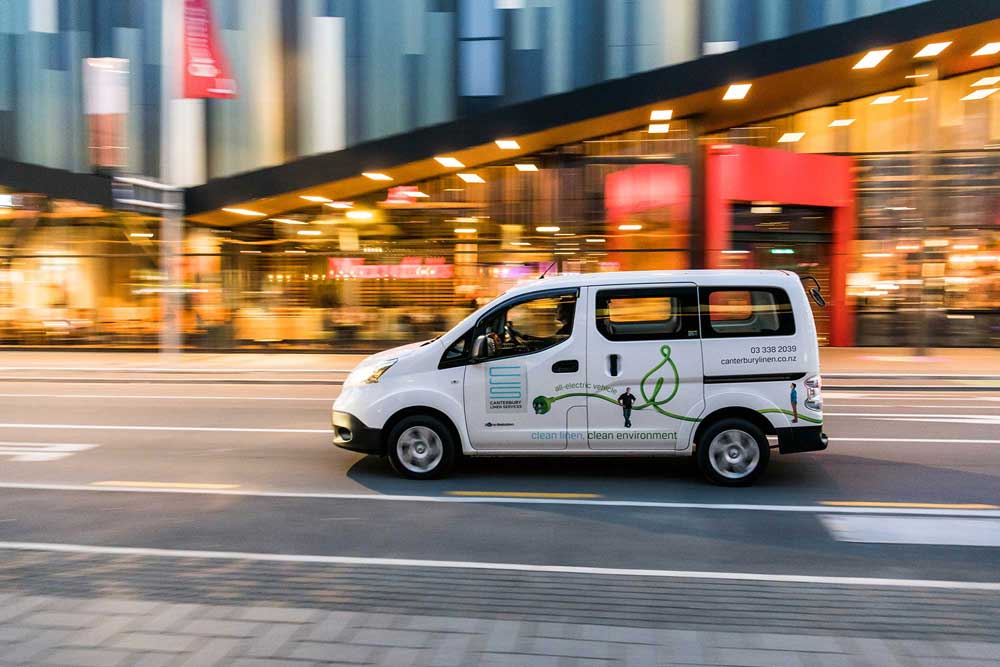 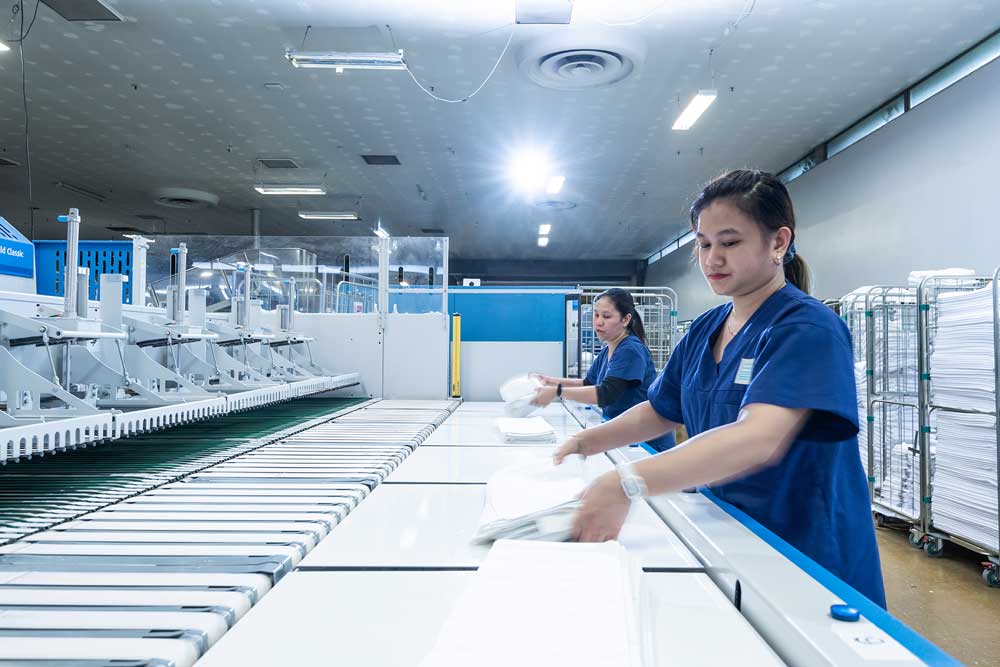 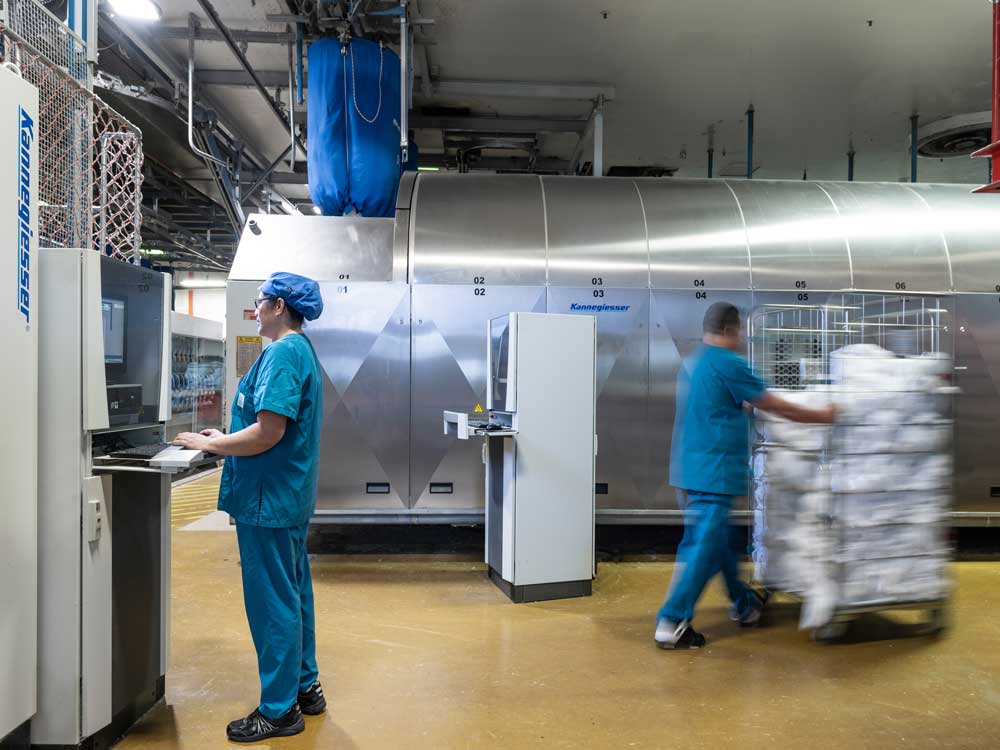 The North Canterbury Hospital Board, as it was then called, had laundries at its four major Hospitals.  All were struggling with antiquated machinery, equipment, insufficient capacity and poor working conditions.  In the early 1970’s Central Linen Services were becoming a reality in Australia, so the North Canterbury Hospital Board appointed consultants and a staff project group to visit Australia’s Central Linen Services and look at the services they were providing to Public Healthcare Organisations.

We have an excellent team who are fully committed to the success of our company.

We haven't seen a sheet we can't handle. 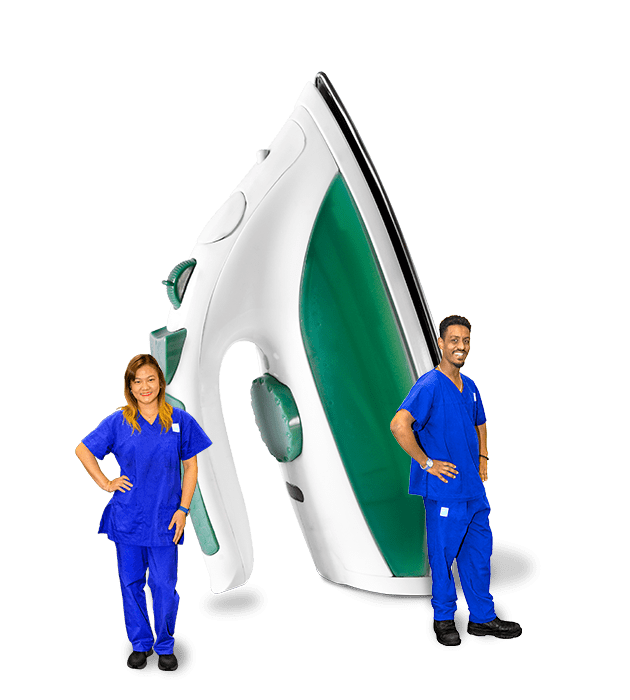